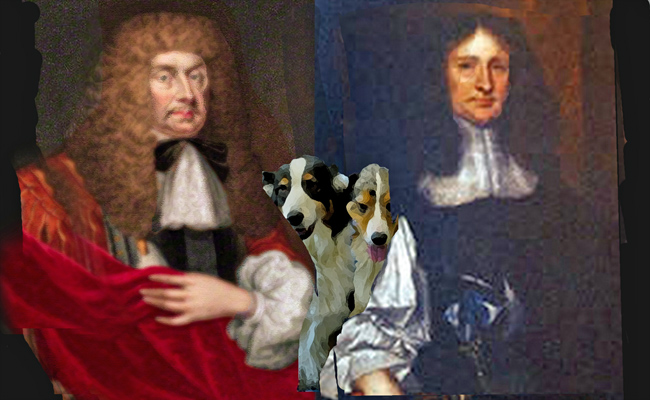 Before 1664, the land we now know as New Jersey was under a Dutch governor, but on June 24, 1664, the British sailed into New York Harbor and took control of Fort Amsterdam and its associated lands.

NEW JERSEY FOUNDED ON KRNN, 06/24:  The Duke of York believing that he owned the land presumed to make a gift of the territory to his favored lords on this date in 1664.  No need to choose between north and south Jersey, just tune in for a playlist of new New Jersey bands on Crosscurrents, 6/24 at 8 am.

The land was granted by King James to two friends, George Carteret and Lord Berkley. Colonization took place along the Arthur Kill and Hackensack River with many of the pioneers coming from other colonies, as opposed to coming from distant shores. In 1673, Berkley sold his half to the Quakers, who settled the area of the Delaware Valley. New Jersey was separated into East and West Jersey from 1674 to 1702.

It was ruled as a single colony with its own governor from that point to the time of the American Revolution. New Jersey approved its constitution two days before the Continental Congress professed American independence from England, and, well, you know the rest; New Jersey was key in the Revolution, receiving the nickname “Crossroads of the Revolution” and hosting such important battles as the Battle of Trenton (I & II), the Battle of Princeton, the Battle of Monmouth, and, of course, Washington crossing the Delaware.

None of that would have happened if New Jersey hadn’t become a British colony, three hundred fifty-four years ago this week.

The Act of Uniformity passed in 1662 prescribed the form of public prayer, administration of the sacraments and the rites of the Established Church of England. Adherence to these rites was required to hold office in the government or the church in England. Berkeley and Sir George Carteret saw this as an chance to lure disgruntled Englishman to emigrate to the New World to populate their colony. They wrote The Concessions and Agreements, which guarenteed those who would settle the land, freedoms and rights that they could not enjoy in England; freedom of religion, freedom from persecution for religious beliefs, land, and the right to manage their own affairs.

However, their strategy to profit from the land was thwarted for two reasons. First, the new Governor of New York, who had arrived with the Duke of York’s fleet, had already granted a half a million acres of the land, known as the Elizabeth Town Purchase, to settlers from Long Island and Connecticut. When Philip Carteret, cousin of Sir George Carteret, the appointed representative of Carteret and Berkeley, arrived in New Jersey he was met by settlers already in control of the land. A second obstacle to Berkeley and Carteret’s rent system was the awkwardness of gathering rents in the vast unsurveyed territory.

[Descendents of the Founders Of NewJersey]

Lord Berkeley finally sold his interest in West Jersey. Quakers, along with Finns, Swedes, and Dutch, settled in West Jersey in the 1670s, later establishing strong connections to Philadelphia.

Both regions comprised progressive government, religious freedom, and considerable political participation. The colony’s rich lands and political freedoms encouraged immigrants to venture to New Jersey, uniting the traditions of liberty and diversity in the Garden State. While these regions ultimately merged into one colony, remnants of this early dissection persist to this day. North Jersey roughly corresponds to East Jersey, while South Jersey is what once was West Jersey.