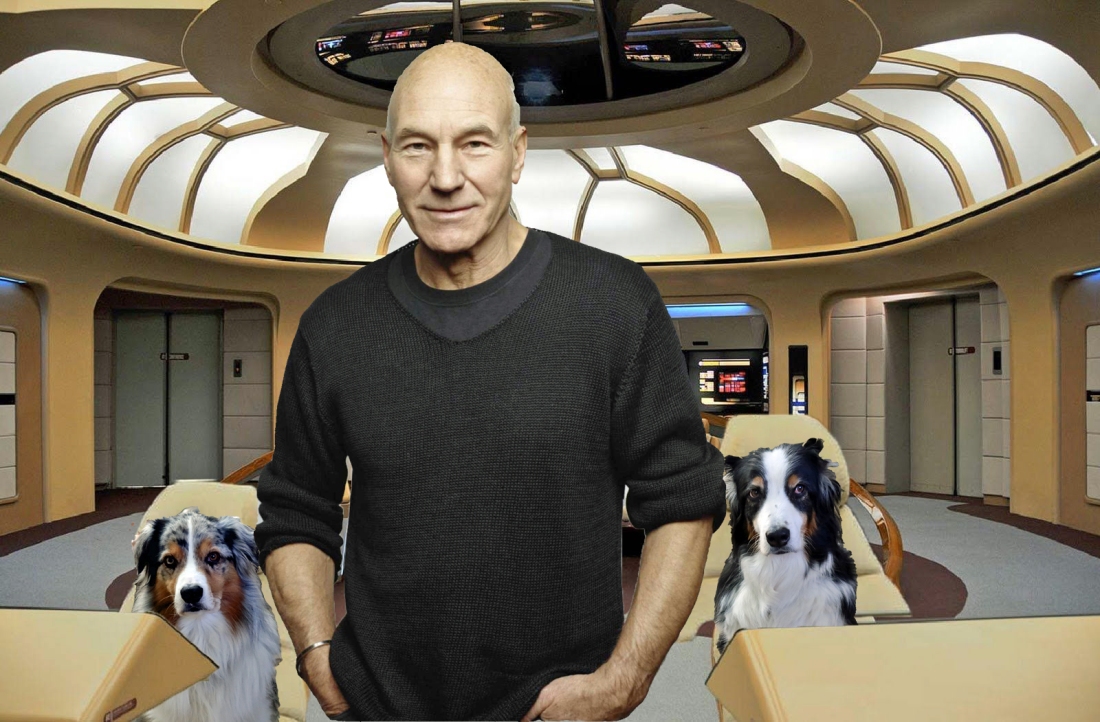 Sir Patrick Stewart was born in Mirfield, Yorkshire, England, to Gladys (Barrowclough), a textile employee and weaver, and Alfred Stewart, who was in the army. He was a associate of numerous local drama groups from about age 12. He left school at age 15 to work as a junior reporter on a local paper; he quit when his editor told him he was spending too much time at the theatre and not enough working.

Stewart spent a year as a furniture salesman, saving cash to attend drama school. He was accepted by Bristol Old Vic Theatre School in 1957. He made his professional debut in 1959 in the repertory theatre in Lincoln; he worked at the Manchester Library Theatre and a tour around the world with the Old Vic Company followed in the early 1960s. Stewart joined the Royal Shakespeare Company in 1966, to begin his 27-year association. Following a spell with the Royal National Theatre in the mid 1980s, he went to Los Angeles, California to star on Star Trek: The Next Generation (1987), which ran from 1987-1994, playing the role of Captain Jean-Luc Picard. Stewart continues to work on the stage and in various films.

Because his French character on Star Trek: The Next Generation (1987) has a British accent, he has joked to fans that Jean-Luc Picard was raised by an English nanny.  Is a huge and very much devoted fan of Monty Python, and he is also good friends with all the Python members and was close personal friends with the late Graham Chapman. He is so much of a fan and friend of the Pythons, that they have publicly announced if there ever was a reunion tour, Stewart would be Chapman’s replacement.

He was awarded Knight Bachelor of the Order of the British Empire in the 2010 Queen’s New Year’s Honours List for his services to drama.