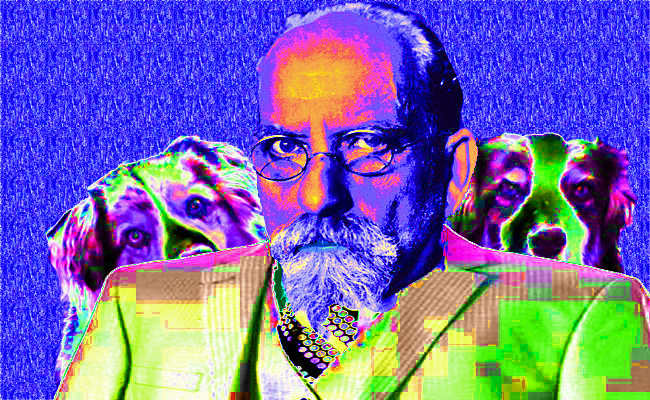 EDMUND HUSSERL ON KRNN, 4/8:  The founder of Phenomenology, a method for analysis of consciousness through which philosophy attempts to gain the character of a strict science, Edmund Husserl was born on this date 1859.  We invite you to a playlist of psychedelic rock on Crosscurrents, 4/8 at  8 am.

Edmund Gustav Albrecht Husserl was a German philosopher, born in the Chezch Republic who established the academic field of phenomenology. In his initial work, he elaborated critiques of historicism and of psychologism in logic based on analyses of intentionality. In his later work, he sought to develop a systematic foundational science based on the so-called phenomenological reduction. Arguing that transcendental consciousness sets the limits of all possible knowledge, Husserl re-defined phenomenology as a transcendental-idealist philosophy.

To begin with, we put the proposition: pure phenomenology is the science of pure consciousness.

Natural objects, for example, must be experienced before any theorizing about them can occur.

The perception of duration itself presupposes a duration of perception.

All perception is a gamble.