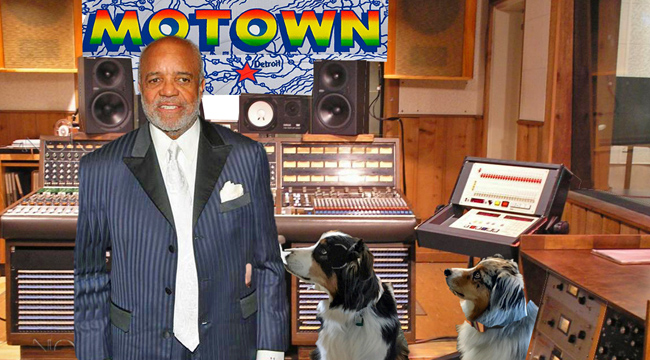 BERRY GORDY Jr. ON CROSSCURRENTS, 11/27:  Record entrepreneur, music producer, and founder of Motown Records, Berry Gordy was born in Detroit on the 28th of November 1929.  Gavin and Wyatt are in the Motown recording studio for an audition.  We explore some of the rare gems in the Motown archives in advance of Berry Gordy’s birthday on Crosscurrents, 11/27 at 8 aMotown was founded by Berry Gordy, Jr., who was once a professional boxer before the U.S. Army draft for the Korean War.

Gordy was inducted into the Rock and Roll Hall of Fame in 1988.

Gordy was inducted into the Junior Achievement U.S. Business Hall of Fame in 1998.

Gordy received the Songwriters Hall of Fame’s Pioneer Award on June 13, 2013. He is the first living individual to receive the honor.[8]

In 2016, Gordy received the National Medal of Arts from President Obama for “helping to create a trailblazing new sound in American music. As a record producer and songwriter, he helped build Motown, launching the music careers of countless legendary artists. His unique sound helped shape our Nation’s story.”