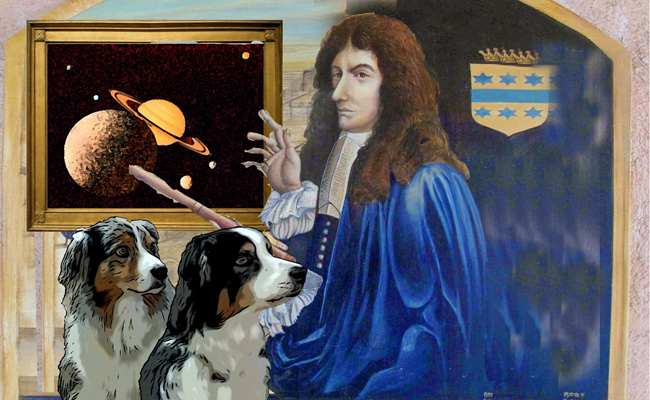 Born on June 8, 1625, in Perinaldo, Republic of Genoa (now Italy), he was given the name Giovanni Domenico by his parents, Jacopo Cassini and Julia Crovesi. However he also used the name Gian Domenico Cassini, and after he moved to France as an adult, he changed his name to the French version — Jean-Dominique Cassini. To add to the perplexity, he was the first of the well-known Cassini family of astronomers and is sometimes referred to as Cassini I.

Cassini made observations of sunspots and of Saturn along with Huygens. The latter is the reason why the Saturn probe launched in 1997 was called the Cassini-Huygens mission. The largest gap in the rings of Saturn is also called the Cassini gap. While his original visit in 1669 was planned to last only for a short time, he stayed for the rest of his career.

“I Put My Ring Back On” ~~ Mary Chapin Carpenter